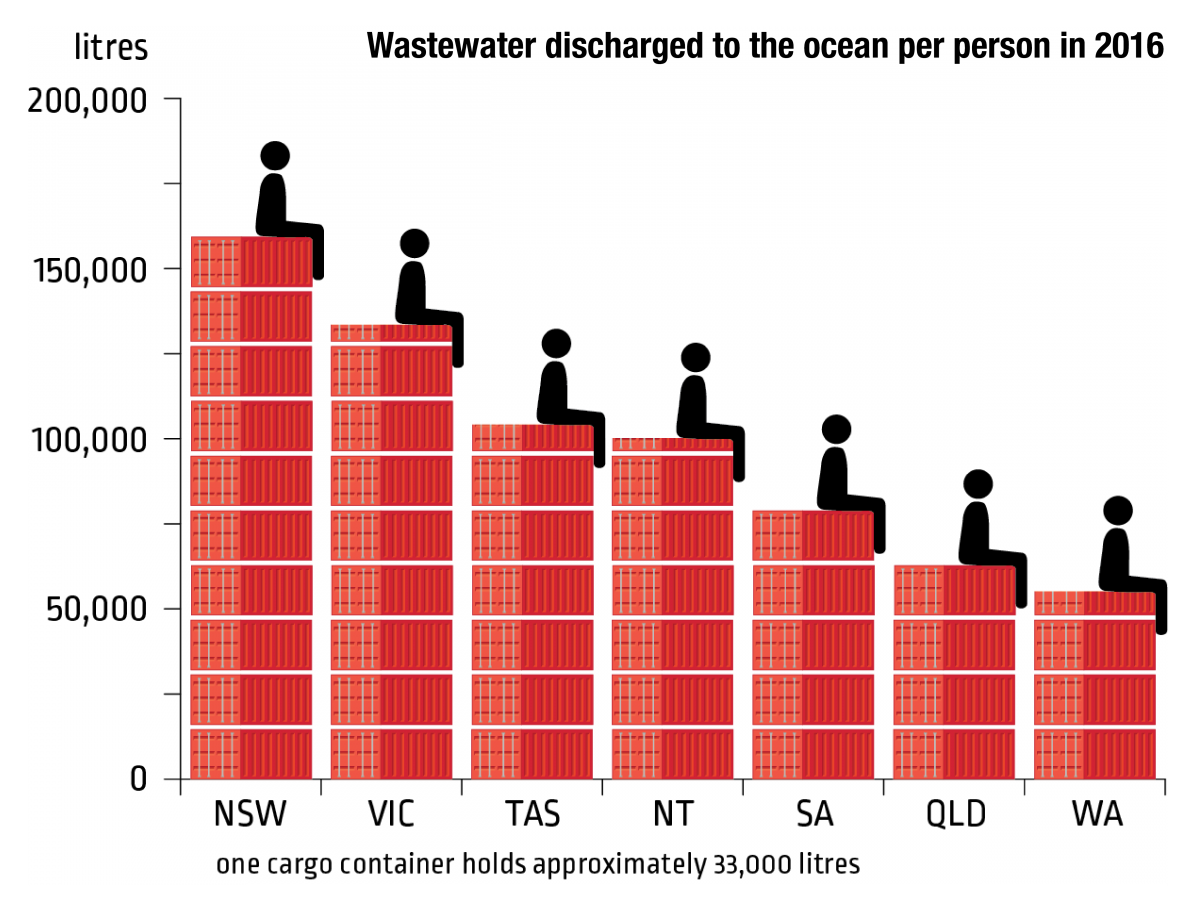 Australia's National Outfall Database has been developed during the past three years by the Clean Ocean Foundation in a project supported by the Marine Biodiversity Hub.

The database tracks the volume and composition of wastewater discharged to Australia’s ocean and estuaries, ranks ocean outfalls (and sewerage treatment systems) by relative pollutant discharges, and fosters citizen science projects to understand local impacts on the marine environment and recreational users.

Information provided by the database supports integrated infrastructure planning and decision making by facilitating data sharing and communication between federal, state  and local agencies and the community.

Data gathered in 2016 from 165 of the 175 ocean and estuarine outfalls provide the first national snapshot of watewater discharges to Australia’s coastal environment.

The total volume of wastewater discharged to Australia’s oceans in 2016 was 1350 gigalitres: equivalent to 2.7 Sydney harbours. The potential value of this water would have been more than more than $1 billion, had as little as 20% been recycled (based on $1.95/kL recycled water charge by Victoria’s South East Water).

Nitrogen and phosphorous are nutrients commonly found in wastewater streams. They can cause significant water pollution issues such as algal blooms, environmental oxygen deficits and negative changes to marine species composition.