PhD candidate Kate Buckley has devised a new three-step approach to inform relevant authorities of the need for sustainability assessments before permitting the removal of threatened, or data-deficient and potentially threatened, shark and ray species (elasmobranchs) from the wild.

She said the Critically Endangered Largetooth Sawfish and the Vulnerable Grey Nurse Shark were high priorities as they were at risk of extinction, did not currently breed in captivity, and future wild harvests were proposed.

Figure
A new approach for the identification of elasmobranch species displayed by public aquaria which require comprehensive assessments of sustainability using the example of the largetooth sawfish Pristis pristis. Figure created with Mind the Graph 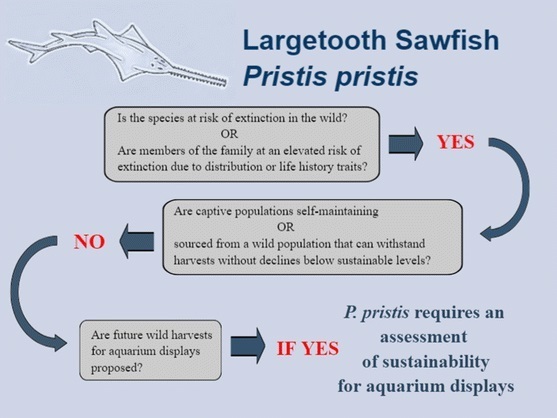