The plan was prepared in response to Marine Nation 2025: Marine Science to Support Australia’s Blue Economy, a 2013 position paper from the Oceans Policy Science Advisory Group (now the NMSC). It prioritises the science needed to tackle major marine development and sustainability challenges.

According to the plan, an estimated $450 million investment on marine science helped to double the value of the marine-based economy in the past decade to $47.2 billion a year. This was set to grow at 7.5 per cent a year for the next decade, outstripping the projected 2.5 per cent growth rate of Australia’s GDP.

Key research goals identified in the plan include the systematic collection of environmental, social and economic baseline data; establishment of a national marine system monitoring program; and better scientific evidence and decision-support to manage environmental pressures and impacts.

The plan makes the following recommendations for marine estate stakeholders.

More than 23 research agencies, universities and government departments and more than 500 scientists contributed to the plan, which began with eight community white papers identifying challenges and science needs for different science sectors. Eleven federal departments participated through membership of the NMSC.

Watch a short video about the Plan

By establishing the science priorities for each of the grand challenges, there are a number of science needs that are common to many of them. These present leverage points for tackling the interconnected, broadscale nature of the challenges, and maximising the success of the National Marine Science Plan. (Image: National Marine Science Plan 2015-2025: Driving the development of Australia's blue economy, p25) 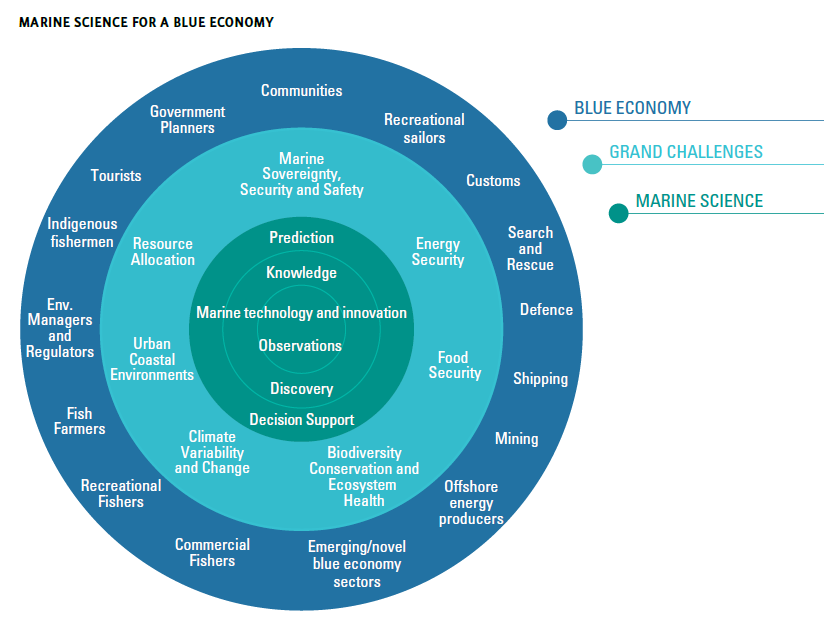 Increased investment in national research infrastructure is identified as a priority in the National Marine Science Plan. The allocation of $13.963 million in federal government funding for NESP partner, the Integrated Marine Observing System (IMOS), for 2015-16 demonstrates a recognition of the value and importance of this infrastructure to the nation. This autonomous underwater vehicle is a versatile member of the IMOS stable. (Image: Kim Brooks, AIMS) 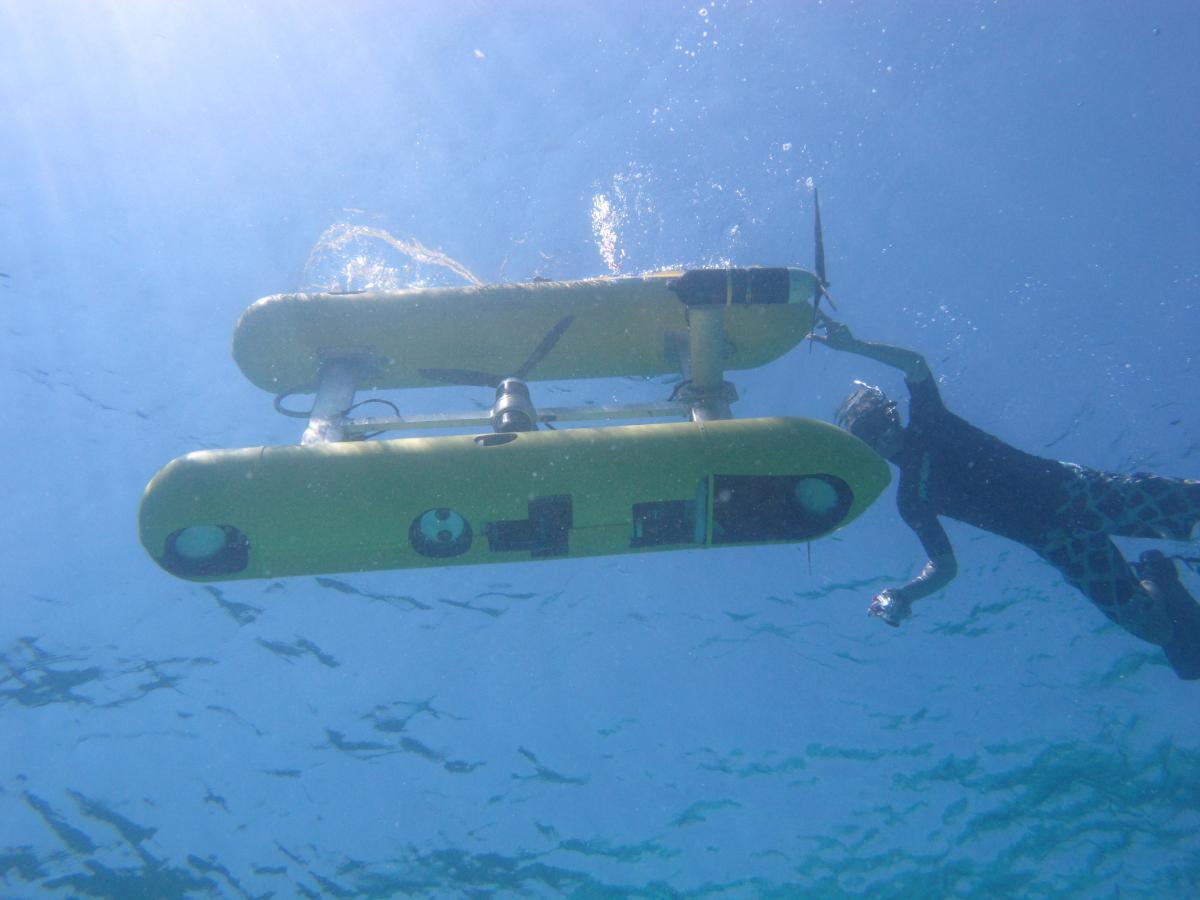