"To save fish and birds" The New York Times

"To save fish and birds" The New York Times

A global study by Tasmanian researchers shows what is needed to make marine parks effective, the findings of which were published in Nature.

In collaboration with overseas investigators and skilled recreational divers, University of Tasmania biologists, including researchers from the NERP Marine Biodiversity Hub, counted numbers and sizes of more than 2000 fish species along underwater transect lines set at 1986 sites in 40 countries. They then used this information to measure how fish communities in 87 marine protected areas (MPAs) worldwide differed from those in nearby fished areas.

The New York Times commmented that "One of the few bright spots in the struggle to protect the world’s fragile oceans has been the rapidly increasing number of “marine-protected areas,” places where fishing is limited or banned and where, presumably, depleted species can recover by simply being left to themselves. The benefits of hands-off environmental protection may seem self-evident. But creating a preserve and rebuilding a healthy ecosystem are not necessarily the same thing. A recent study published in Nature found that, more often than not, marine-protected areas don’t work as well as they could." 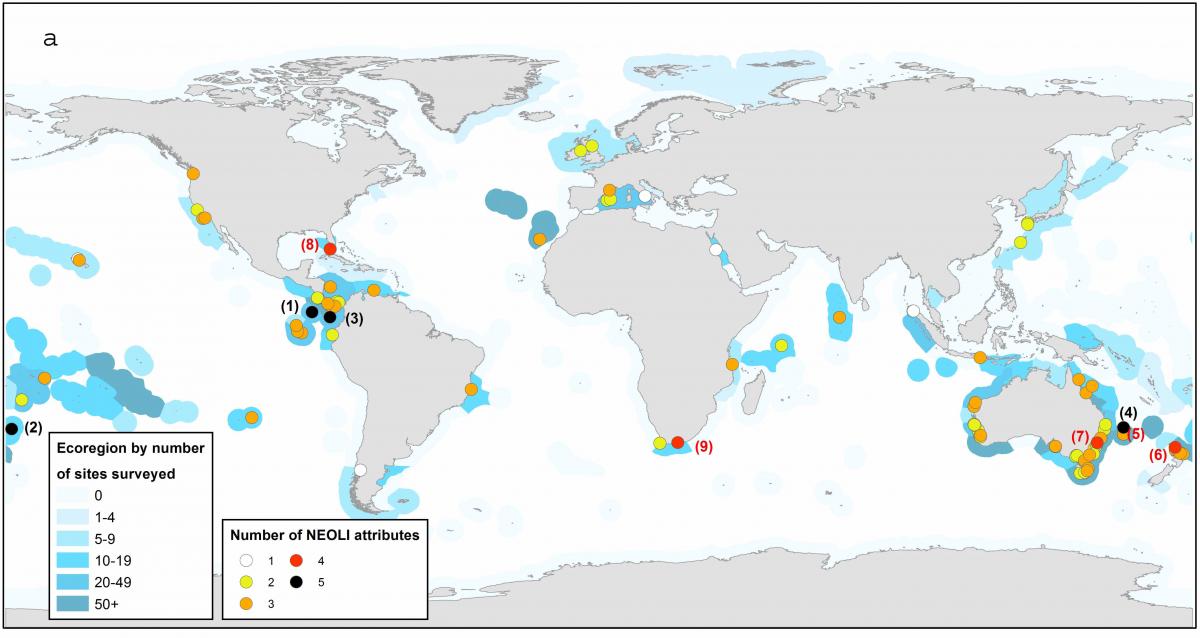