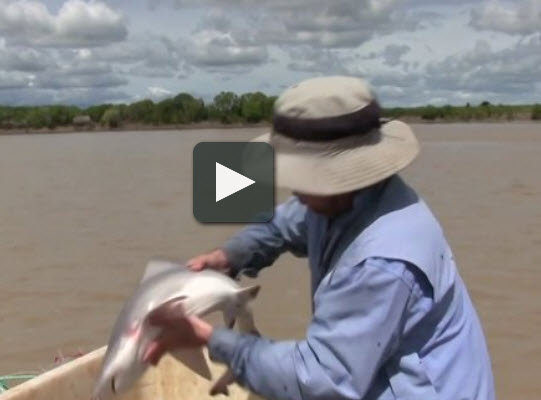 Watch researchers from the NERP Marine Biodiversity Hub and the Northern Australia Hub investigating the population size and movements of sawfish and river sharks in the waterways of Kakadu National Park. Video

In a collaborative project between these two hubs, researchers are investigating the population size and movements of sawfish, speartooth sharks and northern river sharks in the waterways of Kakadu National Park.

Northern Australia is the world's last remaining stronghold for these species, which live in both fresh and saltwater. Very little is known about their population size and status, which means they cannot be effectively managed and conserved. Their threatened status requires recovery plans for their protection under the Commonwealth Environment Protection and Biodiversity Conservation Act. This research will provide input into the recovery plans.

More information about the research can be found on the NERP Marine Biodiversity Hub sawfish pages.