The Largetooth Sawfish is a vulnerable ray that grows to seven metres in length. Young sawfish are born at river mouths and migrate upstream to spend their juvenile years in freshwater. As adults they return to their natal rivers to pup.

A previous research partnership discovered that juvenile Largetooth Sawfish sometimes become trapped in isolated floodplain waterholes and may die if the waterholes dry up before the next wet season. The Malak Malak community suggested conducting an annual search for trapped sawfish as a locally driven conservation measure.

This year the team visited seven sites in the Daly River region, including two not previously sampled. Despite a high fishing effort, no sawfish were caught. There will be another opportunity to see the sawfish soon though, when the Malak Malak Rangers join their colleagues the Yugul Mangi Rangers and the Numbulwar Numburindi Rangers on a sawfish tagging mission on the Roper River near Ngukurr.

Through this project the Malak Malak Rangers will be better equipped to do this kind of work in the future, and will try the search and rescue again next year. In the meantime the team is working on ways to spread the message about conserving sawfish, so keep an eye out for more news. 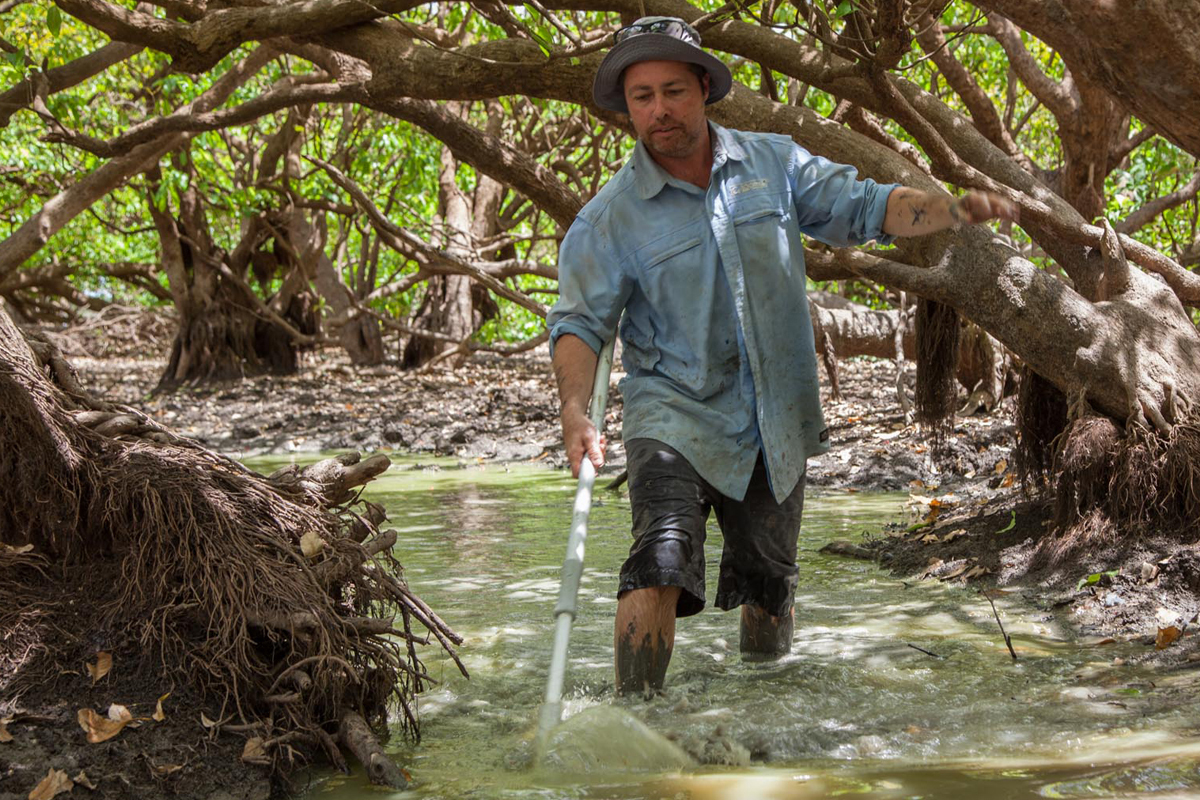 Peter Kyne searches a small pool for sawfish. This site was previously found to contain nine juvenile sawfish, and is the location featured in this ‘Sawfish rescue’ video. 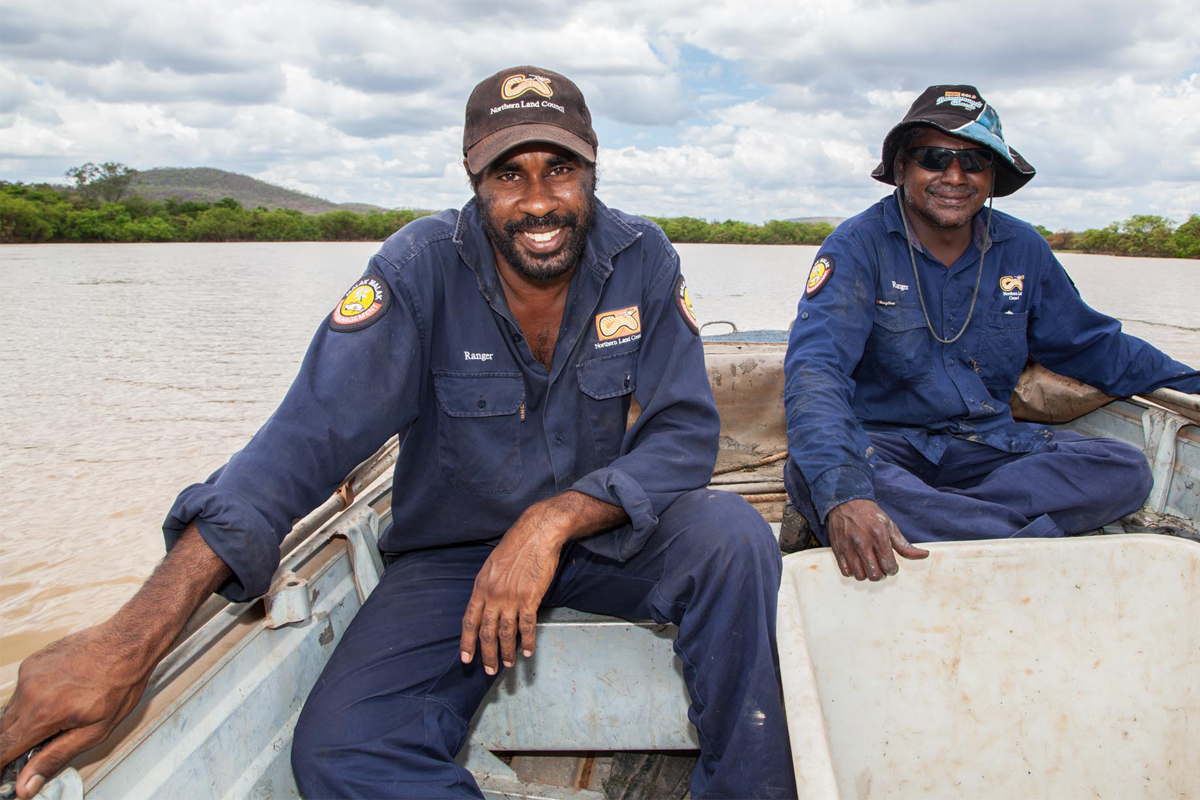 Amos and Aaron take a quick break between setting and checking the nets. Image: Michael Lawrence-Taylor

The team tries to ‘herd’ any animals present toward the nets . . . not a bad office! Image: Michael Lawrence-Taylor