Regional knowledge gaps in Northern Australia have been identified as a priority by the Department of the Environment in recognition of the global marine biodiversity significance of these regions, and the rapidly increasing pressures facing them.

A broad suite of physical and biological data will be collected by an interdisciplinary team from the Australian Institute of Marine Science, Geoscience Australia, Museum Victoria, and the University of Western Australia, using a diverse set of data collecting methods. The two surveys proposed for this theme have now been reduced to one, but opportunities will be sought to mount a second survey through co-investment from other sources including the Marine National Facility.

Three outputs of this theme will be: 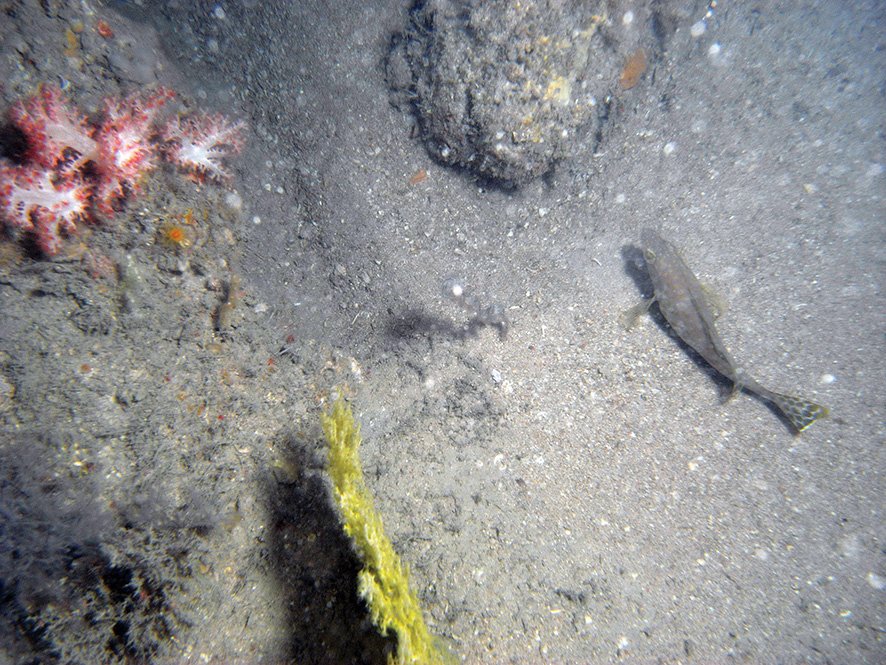 Outputs from this theme will be key inputs of data and samples to the National ecosystems knowledge theme and will also provide opportunities for testing and extending the work in National monitoring, evaluation and reporting theme and Supporting management of marine biodiversity theme particularly the proposed regionally focussed work to support marine management.

The outcome of this theme will be:

The one Project in this Theme is supported by a 21-day survey on RV Solander.

Images: A diversity of habitats on shoals in Australia’s north. A collaborative, three week survey in 2012 yielded an
unprecedented description of biological communities in the proposed Oceanic Shoals Commonwealth Marine Reserve.