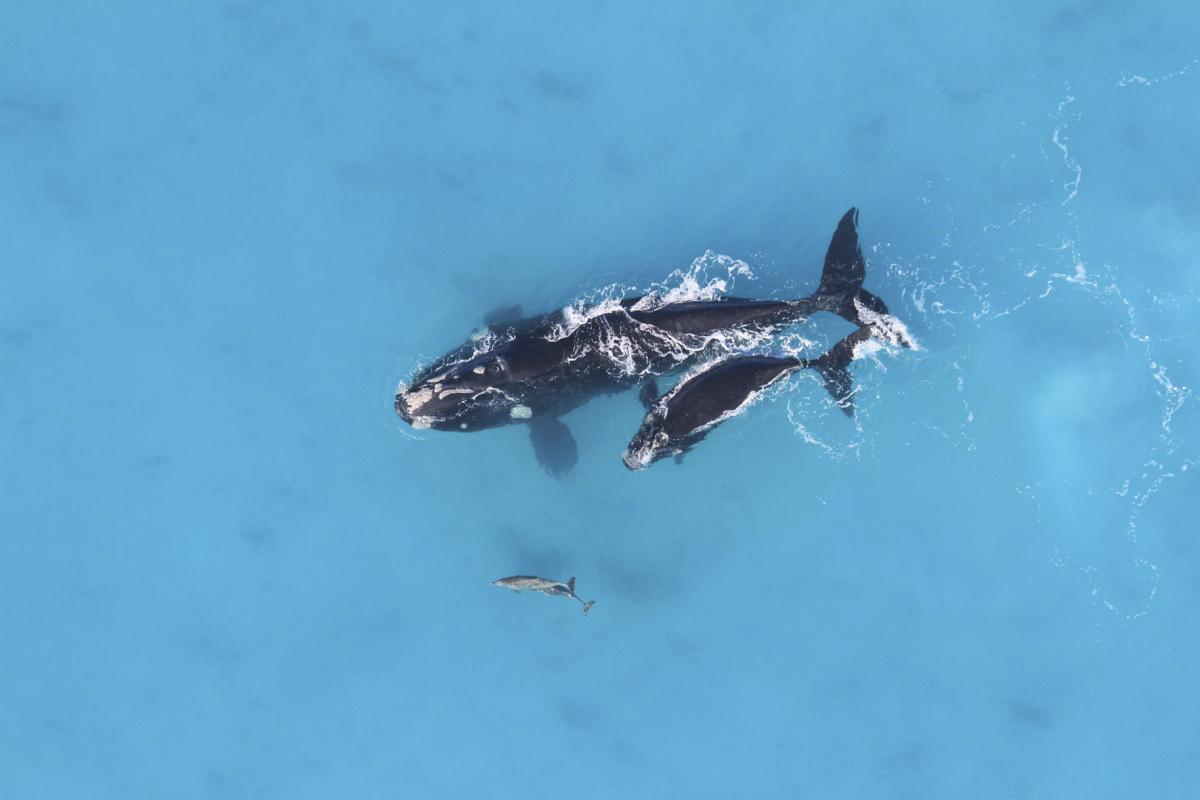 Southern right whales, Eubalaena australis, were hunted almost to extinction in the Southern Hemisphere during the 19th Century. Signs of recovery have been apparent since the 1950s, but particularly since the mid-1970s when their harvest was ceased.

The rate of recovery has been monitored off southern Australia since 1993 in an annual survey led by WA Museum. Some 700 animals including about 250 cow and calf pairs are now seen each year, with a steady 7% increase in population size. Identifying photographs taken during the survey add clues to how the whales live and breed.

Some 2020 individuals have been identified by the survey and a sightings database contains 3582 individual records, of single, or groups of, animals. The estimated size of that part of the population found in the survey area is 2750.

Given the very much smaller number in the eastern Australian sub-population, the western population recorded between Cape Leeuwin and Ceduna is considered to represent the majority of the ‘Australian’ population, which now probably numbers about 3000. This may be about one third of its original size before whaling.

It is important to continue these annual surveys to record how the population is faring under current conditions of total protection, particularly if ocean warming is affecting its food supply, and hence possibly conception rates, in the colder waters of the Subantarctic and Antarctic.

Surveys are being funded by the NESP Marine Biodiversity Hub as part of its aim to improve knowledge, management and monitoring of key marine species and ecosystems. In the longer-term, the survey results will help scientists evaluate the effects of changes occurring in the oceans around Antarctica

Climate and oceanographic change have the potential to affect habitat availability and food availability for southern right whales. Changes in ocean currents and water temperatures could affect migration, feeding, and calving site selection. The changes could lead to decreased productivity and different patterns of prey distribution and availability.