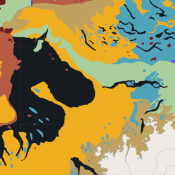 Visualising the distribution of seafloor types and marine life in relation to resource management boundaries and environmental pressures. 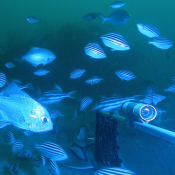 Fishes in the Port Stephens-Great Lakes and Hunter marine parks off New South Wales are spoilt for choice when it comes to choosing a rocky reef to dine out on.

Young hammerhead sharks tagged and tracked off Western Australia and Queensland are building a picture of their coastal movements. 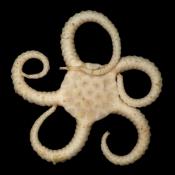 New research on abyssal brittle stars shows that the evolution of marine species does not follow one course, but rather depends on the geological, climatic and biological history of each ecosystem. 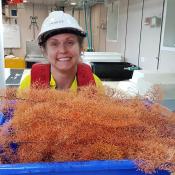 New areas of deep-sea coral reef and more than 100 unnamed species – including corals, lobsters and molluscs– have been discovered on undersea mountains in marine parks south of Tasmania.

Scientists and park managers returned to Hobart today after a four-week survey of the seamounts on CSIRO research vessel Investigator led by CSIRO. 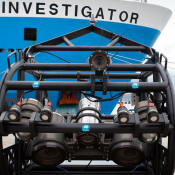 Scientists and Australian Marine Park managers on the Investigator are surveying deep coral reefs and a rare aggregation of spawning eels at underwater mountains or ‘seamounts’ off Tasmania. 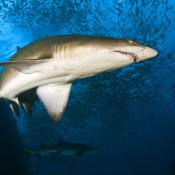 Read about the achievements of Australia's Integrated Marine Observing system (IMOS) in its twelfth year of operation. 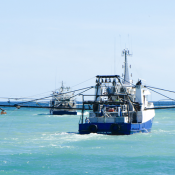 Scientists and fishers have embarked on a new project to learn more about the risks facing Narrow Sawfish in Northern Australia. 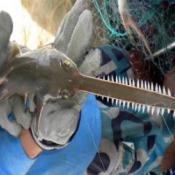 An annual event to raise awareness of these vulnerable animals and to highlight the threats they face in order to safeguard their future.