I am a biologist who likes to map. Maps are amazing. Try and explain a graph and you will be rewarded with glazed looks and grumpy stares. Display a map and people instantly get it. I don’t know if this is innate or if we have been trained from toddlerhood, but maps are a great communication tool.

People need maps of seafloor life. Conservation managers and industry want to know what lives in marine parks, oil fields, fishing grounds and shipping lanes. Ultimately the public wants to be sure that governments are protecting marine life for the long term.

But there are no maps of how animals are distributed across the ocean seafloor. On land we have had maps of animal and plant distributions since the 19th Century, when great biogeographers such as Alfred Wallace traversed the globe. But of course we can see and directly record the environment on land. The sea is altogether a different prospect. Once you get down beneath the waves, artificial lights illuminate only a tiny field of vision. You can’t experience seascapes like you can landscapes. Sure, we can now use sonar and gravity measurements to build up a picture of the terrain, but so far we haven’t found a remote way to routinely map marine animals. So the distribution of life across the oceans, which cover 70% of the planet, remains mysterious.

So it has become my mission to map seafloor life across the globe. I do this by accumulating information from as many previous expeditions as I can. Some of this information can be found in the scientific literature going back 150 years or more. But the great majority of the data lie in museums. Many people don’t realise that museums hold great research collections as well as the items on public display. Museums Victoria, which I work for, holds 16 million natural history objects. This isn’t the result of the museum pillaging the environment. It has been built up by retaining specimens collected by a range of institutions over 150 years, from voyages of discovery to pollution studies.

Whatever the source, the specimens have cost a lot of money to collect and museums preserve them as heritage for current and future scientists. Each specimen has the geographic position and environment from where it was found, as well as the species name. Museums have been slowly computerising their collections and mathematicians have worked out clever statistical methods of interpolating the distributional data into maps.

My job is to stitch it all together for the seafloor environment. So far we have mapped animal distributions from the equator to Antarctica, from the mid Indian to mid Pacific Oceans, and from the coastline down as deep as two kilometres. We have mapped numbers of species across all oceans, and we are currently completing projects on mapping evolutionary diversity and designing a marine park system for the high seas.

But there are gaps in our knowledge. There has never been dedicated exploration of the deep-sea in Australian waters. We know virtually nothing about life there. This is a problem as the size of Australia’s deep-sea environment (8.2 million square km) is actually larger than the landmass of Australia (7.7 m square km). We have a series of newly proclaimed Commonwealth marine reserves around Australia with large areas of deep-water. Australia has a moral responsibility to manage these areas sustainably. From a scientific perspective we have no idea how or why deep-sea animals vary around Australia.

This voyage is designed to bridge that gap. The RV Investigator is travelling from Tasmania to southern Queensland sampling seafloor life at approximately 2500 and 4000 m. On land, and in shallow water, we know that animal and plant communities change from Tasmania to Queensland. But the deep-sea may be different. Conditions are more uniform. The water is very cold (less than one degree Celsius). Each catch is revealing something new. This is truly a voyage of discovery. 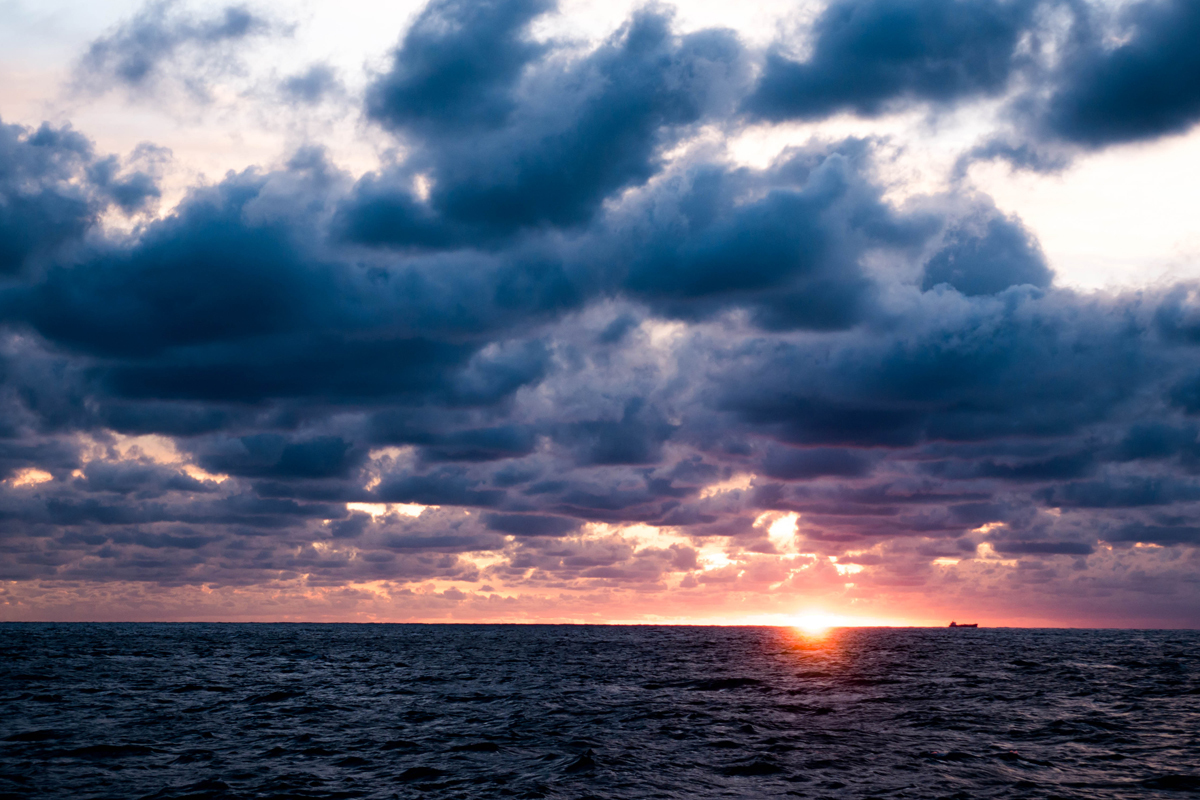